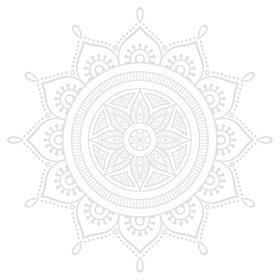 Our trip, with my husband, two kids, and myself, to Rajasthan was a memorable one. Shine Gold Tours helped us to explore every place we wished whether it's a major city or a remote site recommended by other tourists in the hotel. All the hotels we stayed in were very good, and the food offered was also very delicious. The guide provided has all the knowledge about every fort, palace, temple and local culture. All is all it was a very comfortable tour and everyone of us have loads of wonderful memories to cherish forever!
KEIRA S, UNITED STATES

Contact us to speak with one of our previous clients.

Have the experience of a lifetime with our 30-day tour of Rajasthan.

This tour is primarily aimed at students, though all are welcome. Rajasthan is a state of contrasts, located south and east of Delhi. It is bounded on the south-west by Agra and its famous Taj Mahal. Then east through the increasingly arid lands of the Thar Desert, which hold many forts, palaces and desert towns. Our tour, in 30 days, gives you an opportunity to see some of the highlights. In the company of friends and an experienced guide and a driver, ou’ll gain an appreciation of the culture of this fascinating part of incredible India. It will be in a 12/16/20 seater air-conditioned coach (depending on numbers).

Day 1: Arrive in Delhi on your chosen flight to be met and transferred to your hotel. Depending on your arrival time you may have the opportunity for some sightseeing in Delhi.

Day 2: Begin your Rajasthan tour by travelling to Mandawa in your air-conditioned coach, accompanied by your guide for the tour. Mandawa is famous for its painted Havelis – former merchants’ houses. You will have the opportunity to see the exterior paintings and some of the interiors of these fascinating buildings.

Day 3: Continue your tour to Bikaner, described in the Lonely Planet Guide to Rajasthan, Delhi and Agra (ISBN 978-1-74104–690-8) as “a dust-swirling desert city”. Bikaner is pure Rajasthan, with few concessions to tourists, and the street scenes are fascinating. You will have time to explore the city on your own or with the group if you prefer.

Day 4: Included in your tour is entry to Bikaner’s Junagarh Fort with its many palaces protected by almost a kilometre of wall and dry moat.

Day 5: Deeper in the Thar Desert, almost at the border with Pakistan, lies Jaisalmer, your next destination. The Golden City is set on Trikuta Hill and appears like a mirage out of the desert heat. It is the centre of ancient trade routes. The camel safaris for which Jaisalmer is famous have their origins in its trading past.

Day 6: You will join a camel safari, venturing deep into the Thar Desert.

Day 7: Jamuna Resort. Returning from your camel safari in time for dinner, you will have plenty of time to swap stories and photographs and ease any aches and pains that may have developed during your camel ride into the desert.

Day 8: Jodhpur is known as the Blue City. Originally only the houses of Brahmins were painted blue, but the rumour spread (probably by a blue-paint salesman) that blue gave protection against mosquitoes, so everyone started painting their houses blue. During your stay you will have time to explore this city, dominated by Mehrangarh Fort, perched above the town on a rocky outcrop. The Sadar Market around the clock tower is the place to buy spices, sweets, silver and handicrafts – or just become part of the bustling throng and enjoy a chai or two.

Day 9: Mehrangarh Fort. Entry to Mehrangarh Fort is included in your tour. Take the audio guide (you may need to leave your passport as deposit) to get the most out of your visit.

Day 10: On to Ranakpur. Here you will find one of the largest Jain temples in India. The milk-white marble Chaumukha Mandir (four-faced temple) has 29 halls supported by 1444 pillars.

Day 11: Not far from Ranakpur is Kumbalgarh Wildlife Sanctuary where you will be taken for a short trek into the hills with the chance to see deer, bird life and, if you are very lucky, leopards and wolves.

Day 12: Mount Abu is Rajasthan’s only hill station. It is a green oasis and approached along a winding road through wooded hills – a contrast to the desert scenery you will by now be familiar with. Nakki Lake with its strange rock formations is one of the main attractions here.

Day 13: Udaipur, with its forts, museums, temples, and palaces, is said to be the most romantic city in India. It is on the shores of Lake Pichola with the Lake Palace on Jagniwas Island being its most famous site.

Day 14: A visit to the City Palace is included in your tour.

Day 15: Continue sightseeing in and around Udaipur – take in the Jagdish Temple and Sunset Point.

Day 16: Bundi is where Rudyard Kipling wrote some of his Rajasthan stories, based on his Indian experiences. You may not have time to write an entire novel, but we’re sure that your experiences here could form the basis for an article or two – at least a postcard home.

Day 17: A visit to Bundi Palace is included in your tour. Kipling described this fairy tale palace as “a work of goblins rather than of men”. You’ll see what he meant.

Day 18: Pushkar is a Hindu pilgrimage town curling around a holy lake said to have been formed when Brahma dropped a lotus flower.

Day 19: A visit to Ajmer Lake is also included in your tour.

Day 20: On to the Pink City, Jaipur, for three nights in the capital of Rajasthan.

Day 21: Included in your tour are visits to the City Palace and the Amber Fort. If you would like to approach the fort on an elephant, this can be arranged for a small extra charge.

Day 23: Ranthambore National Park. You travel south-east to visit one of the most famous national parks in northern India – Ranthambore, famous as a game and tiger reserve. While we cannot guarantee that you will see a tiger, we know that you will be delighted with its jungle magnificence and the splendour of its other flora and fauna.

Day 24: An early morning and afternoon safari into the game park are included in your tour. Good tiger spotting!

Day 25: Northeast of Ranthambore is another reserve: Keoladeo Ghana Park near Bharatpur. This park is mainly devoted to water birds as it was the Maharaja’s duck shooting reserve.

Day 27: You will make the short journey to Agra where you will see the most iconic monument in the whole of India – the Taj Mahal, built by Emperor Shah Jahan as a memorial to his second wife Mumtaz. Entry to the Taj Mahal is included in your tour. This is just one of the three World Heritage sites in Agra.

Day 28: Also included is entry to Agra Fort. This is where Shah Jahan was imprisoned by his son – only able to gaze down the Yamuna River at the Taj Mahal and remember his wife and his days of glory. The third World Heritage site is Fatephur Sikri, Akbar’s abandoned capital. A visit here is also included in your tour.

Day 29: Delhi shopping. Return to Delhi in time for some sightseeing, or some last-minute shopping and a final meal together, perhaps at Karim’s in the heart of Old Delhi next to the Jama Masjid.

Day 30: You will be transferred back to the airport to catch the flight that you have arranged home. We are confident that you will have had a great experience and feel sure that you will already be planning your next visit to incredible India.

Cost does not include

Meals except for breakfast and entry to monuments.

Payment is encrypted and secured through Paypal. Your information will be kept safe, and your trip guaranteed.